How does a gastric band work?

Gastric banding is a surgical treatment for obesity. These kinds of intervention are known as bariatric surgery. The procedure constricts the stomach, so that a person feels full after eating less food than usual.

Here are some key points about gastric band surgery.

How does it work? 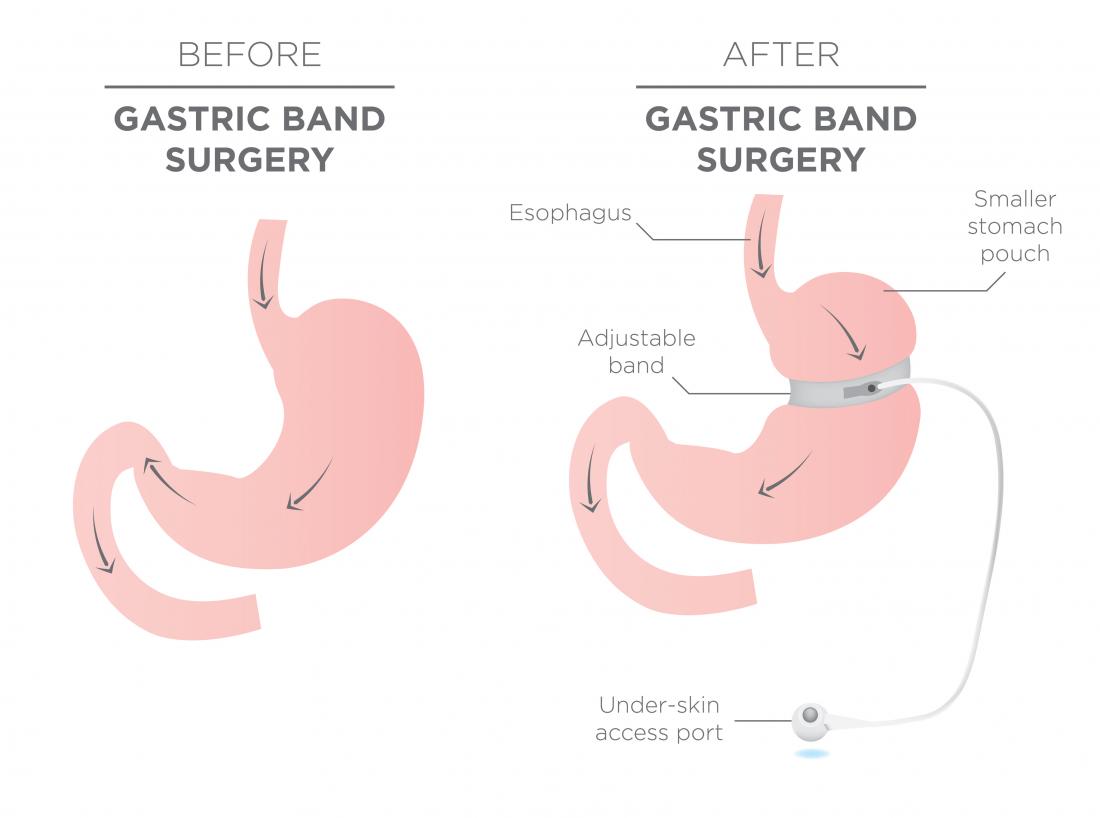 Gastric band surgery involves applying an inflatable band to reduce the size of the stomach.

Gastric banding is a type of weight-loss surgery that involves placing a silicone band around the upper part of the stomach to decrease stomach size and reduce food intake.

It is approved for use as a weight-loss treatment by the U.S. Food and Drug Administration (FDA).

The band is placed around the upper portion of the stomach, and the tube attached to the band is accessible through a port under the skin of abdomen.

Using this port, the surgeon injects saline solution into the band to inflate it.

Adjustments are made to alter the degree of constriction around the stomach. The band creates a small stomach pouch above it, with the rest of the stomach below.

The smaller stomach pouch reduces the amount of food that can be held in the stomach at any one time. The result is an increased feeling of fullness after eating a smaller amount of food. This, in turn, reduces hunger and helps lower overall food intake.

An advantage of this form of bariatric procedure is that all food consumed is digested and absorbed normally. There is no malabsorption.